The Tomb of The Typhon 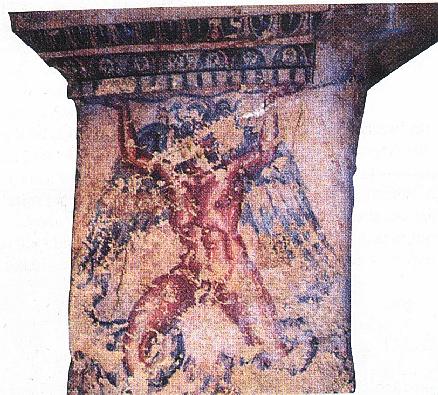 The tomb of the Typhon is a rare example of the late Etruscan period, at a time when Tarquinia was under Roman rule. The tomb, occupied by the aristocratic family "Pumpu" is one of the biggest in the Monterozzi necropolis. 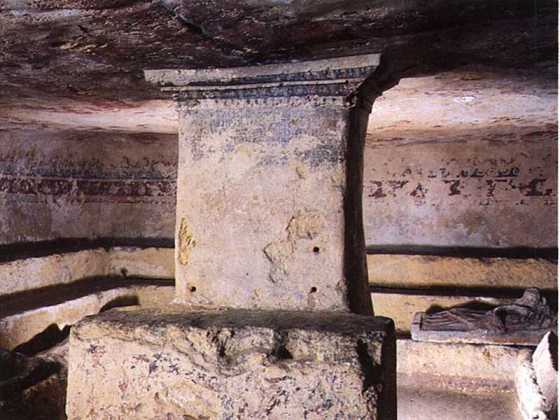 Accessible via a long dromos, with two lateral cells, the tomb derives its name from the painting of a typhon on the main pillar. As well as the typhon, there are depictions of other underworld deities inculding the Lasa.

The tomb walls have been transferred to the Museo Nazionale (Vitteleschi Palace in Tarquinia.