The Tomb of The Ship

The tomb of the Ship dates from the mid 5th century BCE, a little later than the battle of Cumae in which the Etruscans were defeated by the combined navies of Cumae and Syracuse. It shows a considerable archaic influence in its design. The tomb derives its name from a huge ship , filled with warriors, which is appears on the left hand wall. As can be seen from the picture (above) , the state of preservation of this tomb is poor.

The theme of the tomb is greatly influenced by the past prosperous sea trade of Tarquinia - a period when Etruscan naval strength had dominance of the Tyrrhenian sea and had expelled the Phocaean Greeks from Aleria (Alalia). Perhaps this reflects some yearning for the heyday of the Etruscans. 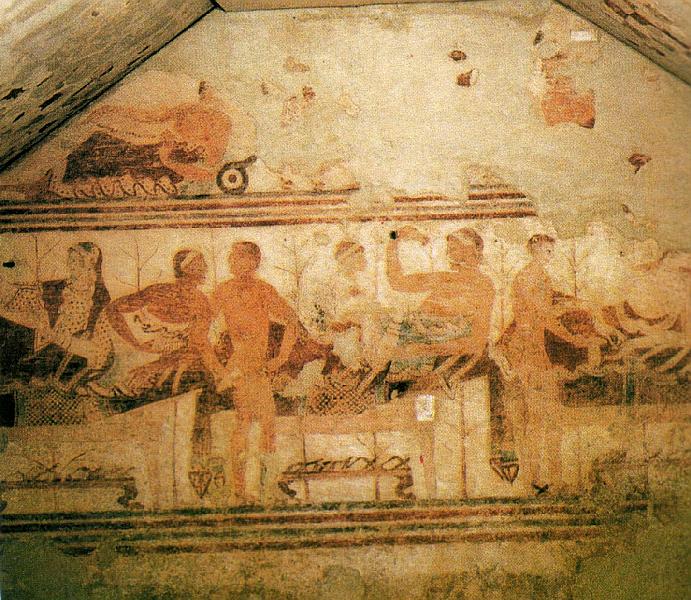 The main wall shows a typical banquet scene, with two guests on each cline, slaves, an auletos and a cithara player. Poorly preserved dancing scenes can be seen on the entrance wall and the wall on the right.