The Tomb of the Shields, Tarquinia

The Tomb of the Shields, Tarquinia 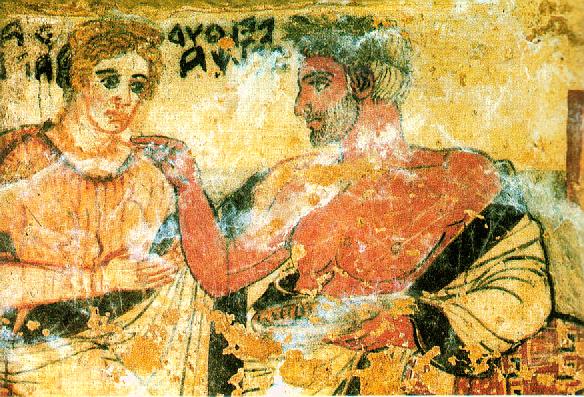 The tomb of the shields, discovered in 1870, is a large and complex Hellenistic hypogeum with four doorways, one in the central position and linked to two rooms at the back, with two others on the sides, linked through doors and windows, all decorated with painted frames.

On the back wall, there is a banquet, with Larth Velcha reclining on his bed with his wife Velia Seitithi, who is pasiing him an egg, a common symbol in Etruscan tomb paintings. She is well dressed, and is seated next to her husband's feet, as was the custom.

Not far from them, two other members of the family, Vel and Arnth, the grandparents of Larth, are standing, dressed in large cloaks. Over the windows, winged geniuses, symbols of the family appear. On the right side of the door is a naked slave, a man and two women.

On the left wall Velthur and Ravnthiu appear again, but this time, they sit on folded stools. Velthur is holding a sceptre, symbolic of his power.

The walls of the room at the rear of the tomb are decorated with numerous heavily decorated golden shields, thus giving the tomb its name. . 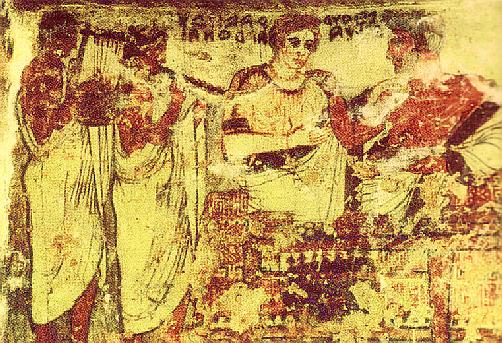