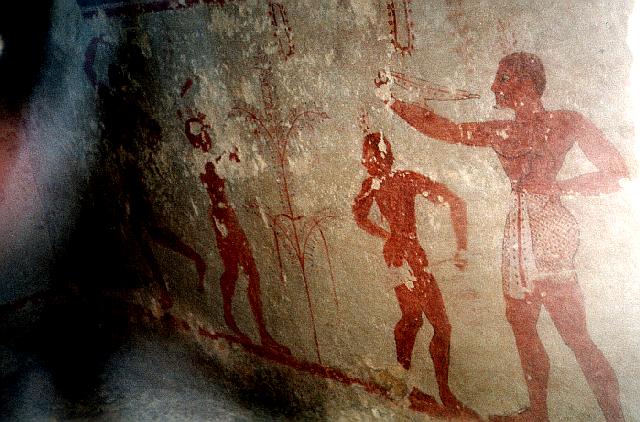 The Columen is surrounded by red and blue dots and ivy leaves. The side is bright red with dark coloured strips at the edges.

Main wall: At either side of the mensola can be seen two symmetric ornaments with animals in a life and death struggle: a lion assails a spotted gazelle. Below this a multicoloured ornament of eleven strips runs on all the sides. To the center of the wall appears a very solid door similar to that found in the tomb of the Augurs, with bright red studs (It probably represents the afterlife or Prothesis door). 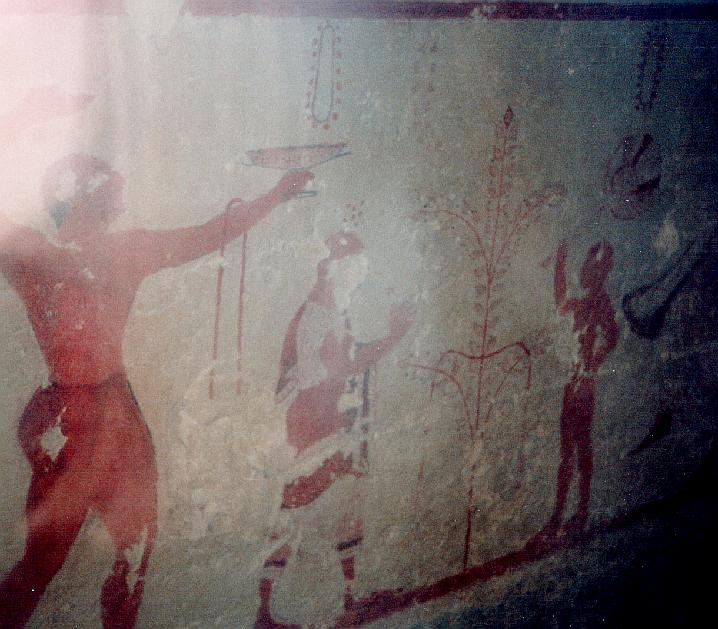 To the right and left two musicians are partially visible: a lyrist and a flautist, dressed in bright colours, wearing short tunicas and Calcei. From the high one red crowns and garlands lean; saplings with grey-green leaves, probably olive trees. To the side of the door a boxer with massive build sporting a black beard.

Right wall: four characters are to be seen: a dancer with a crown on his head and Perizoma, a young Barbiton player, a cupbearer with Oinochoe in hand, a dancer with beard, a Kylix in hand . Saplings and Pendant garlands adorn the scene. 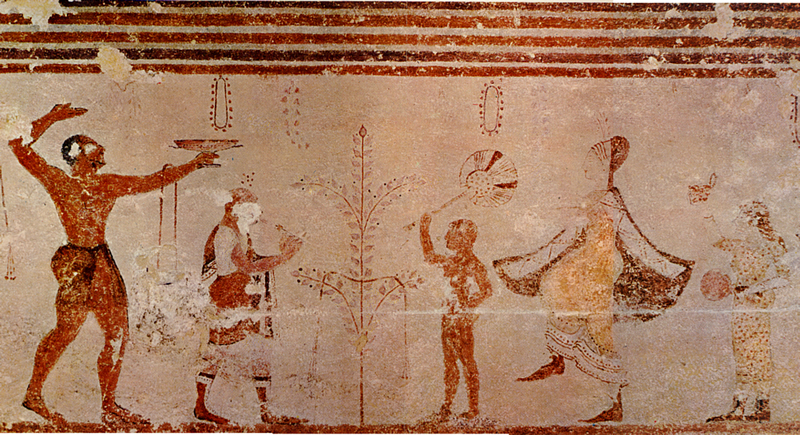 Left wall: There appears a very lively scene: there is a dancer with Kylix in hand, a young flautist, a girl with a huge peacock plume wearing a veil, cloak and Calcei Repandi; a dancer with transparent veil, red cloak, Tutulus and Calcei, and finally a young girl wearing a spotted Tunica, and Calcei; she has in her hand a kyatos and mirror; saplings, crowns and garlands complete the wall. This Tomb was called the Cardarelli in honour of the poet who died on the year of its discovery.