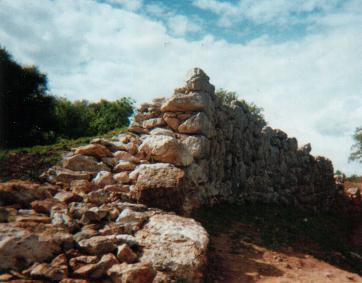 Remains of the 6th Century BCE stone wall at Roselle

Very little remains today of the Etruscan city of Rusellae, which was one of the major Etruscan centres during the archaic period. The remains of this once proud city overlooked a valley, which was then part of the mediterranean, about 8km NE of Grosetto. The city was only discovered in the late 1960's and continues to be excavated today. Excavations have revealed curving mud brick walls dating to the mid seventh century BCE, as well as a later stone wall, dated to the second half of the 6th century.

The city was at its peak during the sixth century, when it expanded, to take over some of the territory of nearby Vetulonia.

Around 300 BCE, Rome fought a campaign against the territory of many Etruscan cities, and in 294 Rusellae became the first city in Northern Etruria to fall to the might of the Roman Legions. 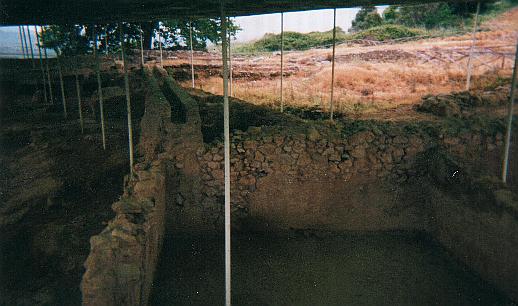 Among the finds at Roselle has been the so called "House of the Impluvium", which is a house with two chambers set side by side, and dating to the seventh century. Later, in the sixth century, this house was incorporated into a larger structure, which included an atrium complete with impluvium, or water tank into which drained rainwater from the inwards sloping sides of the roof. The impluvium was lined wih terracotta slabs, and this in turn drained to a cistern 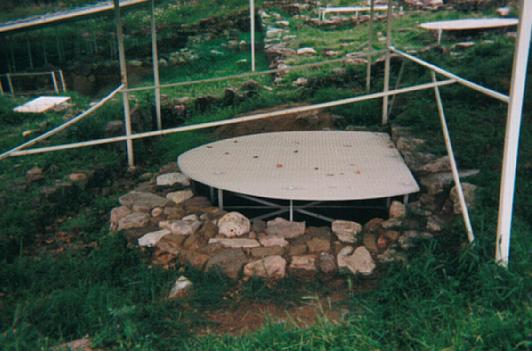 Near the centre of Russellae, was found an oval building which was enclosed. This has been compared to the Temple of Vesta in Rome, which was connected with the regia. the ancient residence of the kings.

The city was later settled by the Romans and a small amphitheatre which accomodated about 5000 people was built. 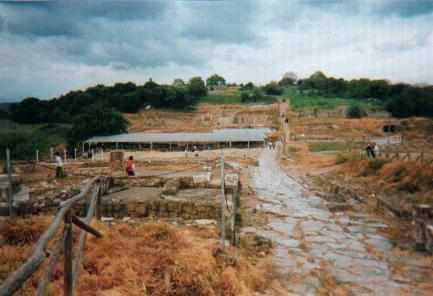 Remains of the Forum Romanum at Roselle
çé