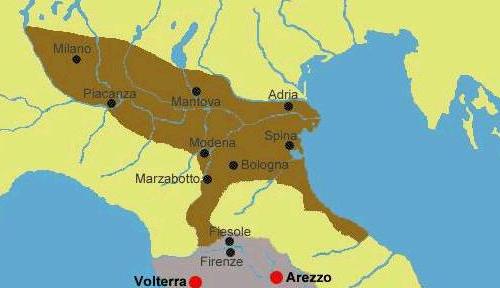 The Etruscan controlled area of the Po Valley is generally known as Padan Etruria. The Villanovan culture flourished in this area from the tenth Century up to as late as the sixth century, (The term "Villanovan" itself comes from the village of Villanova near Bologna. Characteristic of this period are the biconical cinerary urns and the imaginative askos designs which are fashioned as animals or birds. 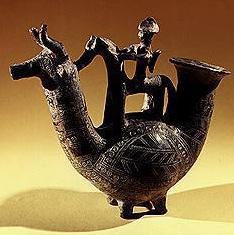 One of the major centres of Northern Etruria is Bologna, or Felsina in Etruscan, and this was a city which flourished during the fifth century with the Certosa culture, characterised by carved stelae, Etruscan bronzes, vases and numerous Etruscan inscriptions. Among the bronzes is the Certosa situla which has relief decoration, with influences from the Iron age culture of Este.

In the valley of the Remo was discovered the foundations of an Etruscan city close to the present day town of Marzabotto. This was built on a North/South grid, and featured paved streets and a highly complex water reticultion system. The Acropolis has the foundations of a number of civic and sacred buildings. The city dates from the 6th century through to the 4th century BCE. However by the 3rd Century BCE its role had declined to that of a military outpost, following the massive Celtic incursions into the Po valley during this period. 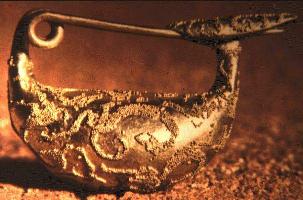 The city of Spina was discovered in the 1920's as described elsewhere on this site. This city was rich in Graeco-Etruscan vases, bronze votives and gold jewellery.

The other major centres of Padan Etruria are not well known, due to their limited period of occupation. Clues to their existence can be derived from classical sources such as Pliny, and from epigraphic evidence. Together with the city of Felsina, we can add the names of Caesena, Ariminium, Ravenna, Adria, Mantua (modern day Mantova), Mutina (Modena), Parma and the city which became the Roman Placentia (Piacenza).

Padan Etruria had a long tradition of interaction with the Celts. Epigraphic inscriptions testify to the cohabitation and intermarriage of Celts and Etruscans.