The Tomb of the Graecian Vases 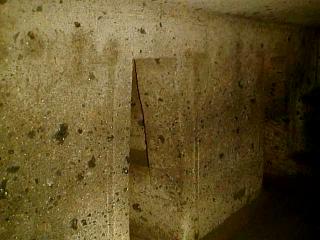 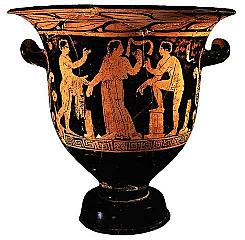 Located in Tumulus II of the Banditaccia necropolis, along with the 'Tomb of the Hut' and two other tombs, this tomb takes its name from the enormous number of Attic vases (86 intact pieces) which made up the grave goods. Several were made by the potter Nicostenes and the painter Ermonax. The tomb layout is of the triple chamber type, one of the most common types in the Banditaccia Necropolis.

The groundplan is rectangular: A short dromos covered with stone blocks, and with two lateral chambers leads into a large transverse chamber, in the back wall of which are the entrances to three burial chambers, with doors showing architraves and doorposts, separated by a cornice in relief. The funeral beds are of almost monumental dimensions.