The Tomb of the Hut 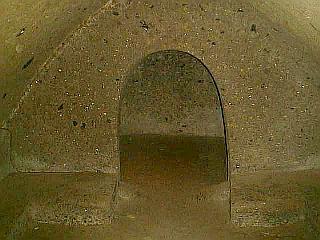 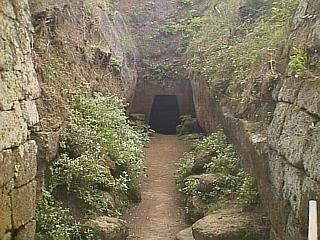 Located in tumulus II of the Banditaccia necropolis, this tomb has an exceptionally long dromos, and two lateral chambers. The main chamber reproduces the architecture of a hut of the age, and has a markedly sloped eaved roof. The tomb is oriented towards the West, as is common with most earlier chamber tombs. There are two rooms in line, rectangular in shape. The second chamber is smaller in size and entrance is via an arched door. The smaller chamber contains a pebble bed on the floor, which forms a U shaped border around the side and back wall.

Dated to the first half of the 7th Century BCE (orientalizing period), the tomb is an early example of the Etruscan practice of recreating the typical living quarters in their tombs, although many later tombs are said by some sources to represent the Prothesis or Funerary tent.